Liberal MHA Sarah Courtney has pledged to support Mountain Biking initiatives with $20,000, as per reports. She said she would offer the money to the Launceton’s Mountain Bike club to support their competition planning, track management and signage for the Trevallyn, Kate Reed and Hollybank areas. 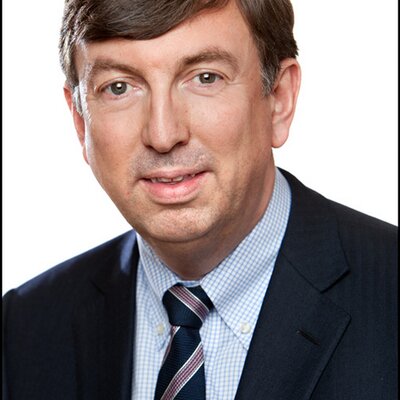 She claimed she would make the effort as mountain biking and cycling tourism encourages people to regional areas. She said it was one of the key targets for Liberals: “to try and get more of visitors into regional areas, spending more money and having more nights.”
END_OF_DOCUMENT_TOKEN_TO_BE_REPLACED

Mountain biking is known to have its thrills, but there are moments when unforeseen dangers come by as well.

For instance, there was a Go Pro live footage that was captured recently of a bear coming very near bike riders at the Malino Brdo bike park. This live footage got about a million views in the span of one day. The footage was captured live by Dušan Vinžík. He was riding in a bike park in Slovakia. Nowadays bear attacks are rare, which often makes people forget how dangerous bears can be. Last year in the month of June a bear attacked and killed a mountain biker in Glacier National Park. The footage does show a close encounter with a biker. Indeed the sudden rush of speed can make these animals charges. But as the forest authorities point out, if you stay calm and do not show sudden movements, the animals tend not to attack even if they charge forward initially. However, as a sign of precaution mountain bikers are recommended to carry bear pepper spray and avoid venturing deep into the back country of any national park or reserve area. END_OF_DOCUMENT_TOKEN_TO_BE_REPLACED

The 2o17 edition of the Grindrod Bank Berg and Bush opened for entries from the 1st of February.

For this year, the organizers of the event are bringing out new trails, with an upgraded tent area as well. This edition holds a promise to outshine the last year’s edition.

This event is famous for its unique, free-flowing bushveld single track that goes through the Drakensberg.

The Grindrod Bank Berg and Bush is one filled with a lot of highlights and every action is worth it. Participants are welcome to enjoy the mind-boggling 13km descent that brings each of the final days to an end. END_OF_DOCUMENT_TOKEN_TO_BE_REPLACED

He told Trendmtb in a recent feature that he has decided to suspend his professional racing career in other to dedicate more time to his studies.

The South African is currently studying for a Masters degree in business administration MBA) at UCT’s Graduate School of Business.

“Cycling has been a big part of my life but it’s not my whole life – it is not the only thing that defines me,” said Reid.

“I also want an intriguing and engaging life beyond sport, not necessarily in the cycling sphere. So in a way, doing my MBA is setting myself up for the years of my life post bike racing,” he added.

The young athlete has so far had a rewarding career, with many titles to his name. Some of his most notable accomplishments include; two Elite national XCO titles, two Elite national marathon titles, and recently represented South Africa at the Rio Olympic Games.

The 24-year old professional did not disclosed when he will return to professional cycling, but hinted that he will definitely make a comeback and intended to face the sport with a different approach when he returns. END_OF_DOCUMENT_TOKEN_TO_BE_REPLACED

The recently concluded Flanders Tour ended on a tad bitter state this year – it’s said that the Tour suffered the needed drama when Kiwi rider Jesse Sergent heavily crashed when a neutral car clipped him while attempting to overtake 7 breakaway riders.

“He (Jesse) has been provided first aid”, stated a statement from Trek Factory.

Sergent had to be hospitalized as the doctors prescribed a needed surgery for him this week.

Neutral service vehicles are on course to help riders with bikes or wheels to assist with mechanical aide while team cars aren’t around.

Later on, French cyclist Chavanel (Sebastien) was to be aided by his team FDJ vehicle while the neutral car could not brake timely & crashed into rear of team vehicle that sent the cyclist flying on his back.

One of the spokesmen from the team said that the French rider didn’t restart the championship.

These incidents were, however, all behind Alexander Kristoff (Katusha) as the Winner emerged with victory at Flanders Tour. The win marked his 1st victory at a Monument race.

“It wasn’t easy, but I am really happy”, stated the winner rider.

“I had fantastic legs today”.

Olympic bronze winner Kristoff joined up with Katusha team in the year 2012. END_OF_DOCUMENT_TOKEN_TO_BE_REPLACED